The Reeh Law Firm was established by Welsley Reeh with the objective of creating a law firm that embodied three words:
Integrity. Service. Faith.
​Welsley attributes her success to the guiding principles of those words. As a result, throughout her career, she has earned a reputation of representing clients with vigor and grace–always being mindful of each individual's needs. 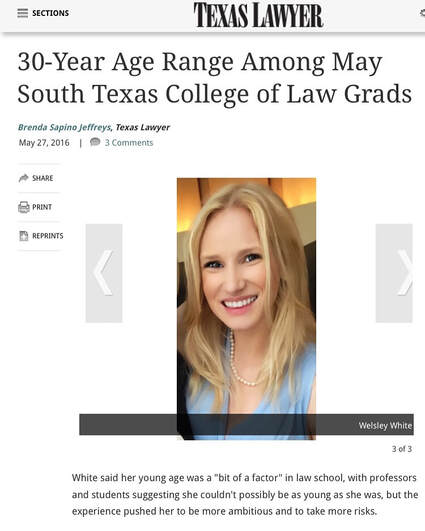 Welsley got her first taste of business interning for Ark Royal Investment while just a high school student in Houston, TX, where she also obtained her Associate's Degree simultaneously.

Those experiences led her to the University of Texas at Austin where she received a Bachelor of Arts degree in International Business & Global Studies in only two years. In the process, she served as co-chair of the International Affairs Society and earned the College of Liberal Arts Geography Scholarship to study in Buenos Aires, Argentina.

As a result of her strong sense of community and leadership, she dedicated her free time in college to serving the coalition efforts of Service for Sight and the Texas School for the Blind and Visually Impaired to assist children with disabilities in their social development.


​​Her time at South Texas College of Law garnered Welsley several awards and accolades, such as the National Finalist of the St. Johns School of Law Alternate Dispute Resolution Triathlon in New York City.  In recognition of her work, she was selected for inclusion in Texas Lawyers as among the youngest to graduate a Texas law school.
Those accomplishments aside, she also had the privilege of serving as judicial clerk to Harris County's 248th District Court before becoming a law clerk for Baker & Patterson LLP, whose clients included HEB Grocery Store and Six Flags Fiesta Texas. She later was offered and accepted an opportunity to work alongside in house counsel for the company MAN Diesel & Turbo North America Inc. 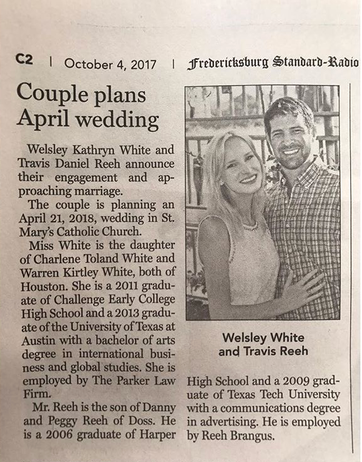 After law school and passing the bar, Welsley chose to build roots in Fredericksburg when she met local rancher, Travis Reeh, with whom she married, and soon after joined The Parker Law Firm.

​Before establishing her own law firm, Welsley wanted to learn from an already well established firm, like The Parker Law Firm. While there Welsley had the opportunity to understand the business landscape of the Hill Country, meet the judges and other attorneys in the neighboring jurisdictions, and most importantly build a reputation of exceptional representation.

​When Welsley isn't working, she enjoys spending time with family, serving the community, and staying active.